We wanted to update the kitchen. At the same time we knew that we did NOT want the cheaply-built cabinets from the big-box home stores. They’re just not good quality cabinetry. And at the time my woodworking skills were still in their infancy. (I was surprised at the number of decisions in the remodeling process.) 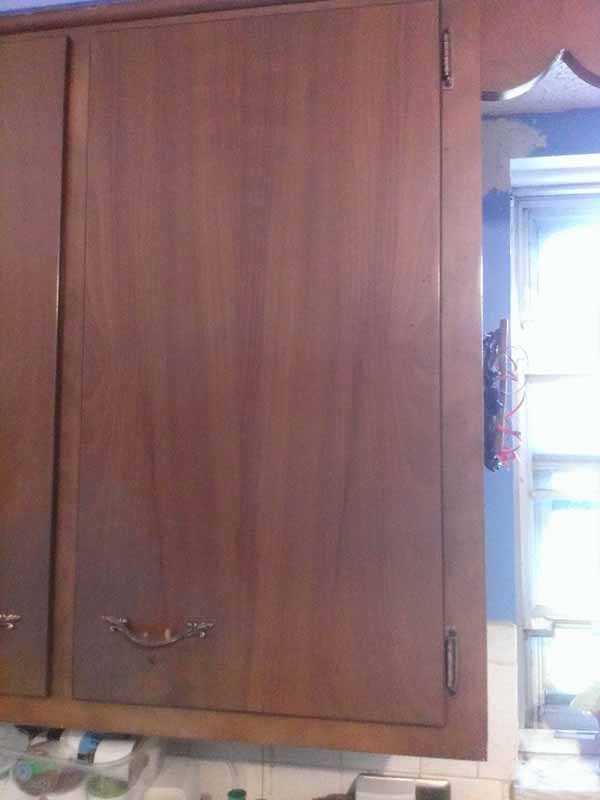 One thing that bothered us was the potential for losing the quality cabinets that we had. (They were from a company named Scheirich.) Sure, the style was out of date, but the materials were so good that we asked ourselves why we couldn’t just convert them. So we did. The uppers we took down, carried outside, sanded & spraypainted. The lowers we sanded and sprayed in place after removing the counter top and the old subway backsplash. 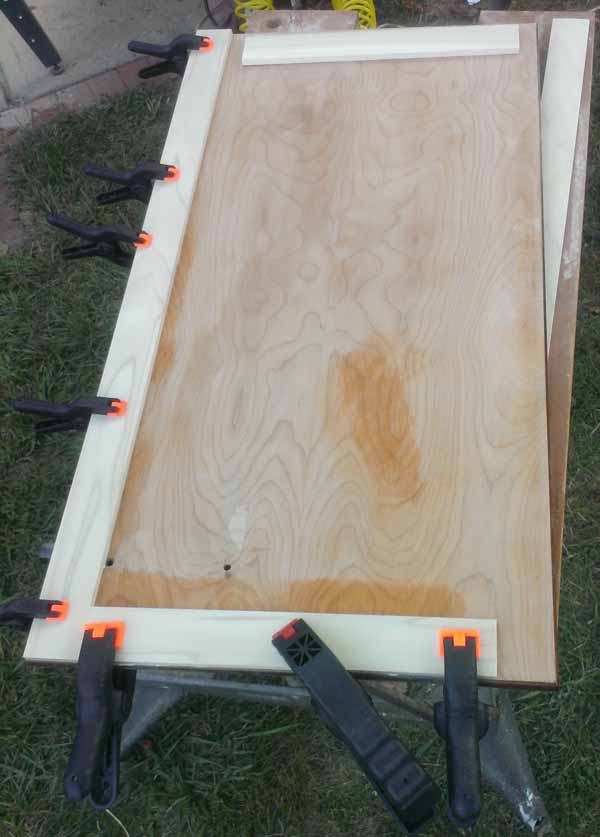 Converting the doors was the big part of the project. They were sanded down and displayed a nice surface. Were the wife into doing an alternative stain instead of paint they would have turned out nicely in another style.

Home Depot has these 2″ wide oak strips beside their S4S lumber. I simply glued them down and clamped them securely. Then a final sanding before painting.

(Since they’re oak we had to put a Kilz coat on them first, lest they bleed through with a yellow tint.) 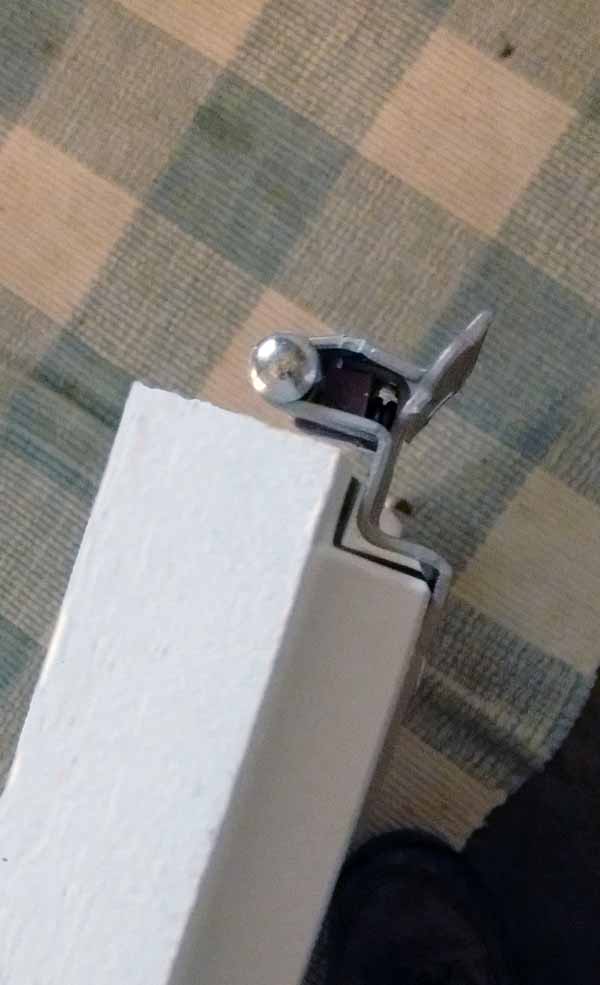 The original format of the door had a rounded edge to the plywood. With the strips glued down I gained an edge for a trim bit bearing in order to make for a flush edge. 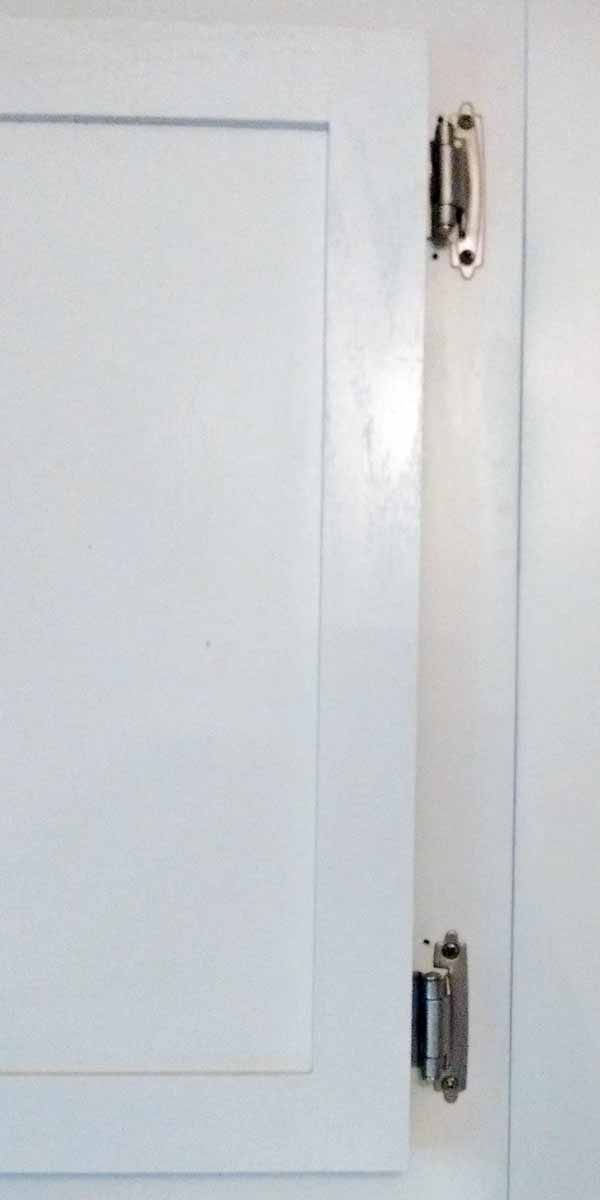 The end result is a nice, up-to-date door for minimal cost. That’s < $10 for materials, and that includes the new hardware. Of course there’s about 1 hour of work per door. But I’d spend most of that time hanging new doors if I’d purchased such.

The extra time taken to do the removal and repainting of the cabinets differs little from the time lost with a third party coming in and dismantling the kitchen.

TIP: Something I’ve learned is that polymers (latex paint, polycoat, and the like) cure up faster in cold, dry environments. If it’s even a little warm out running your A/C can cure that paint much faster. Or if you do such a project in the Fall (and it works in your neighborhood) you might consider leaving cabinets & such outside in the cool. Even if the temp gets close to freezing that’s not a problem. (I don’t know what might happen with a freeze, but once the paint is on the wood the only real issue is how moisture in the wood might react to the freeze and affect the paint. I suspect a very light freeze is no problem but a deeper freeze would not be good. YMMV.)