One Reason to Have and Use a Block Plane

Some people think of woodworking as an either-or proposition. Either everything is done with power tools or everything is done with hand tools. Hand tools give your work a character that can’t be replicated. There are so many things that one can do manually that power tools just cannot replicate. Likewise there is this perception that power tools can be aligned with such perfection that pieces can be cut and fit with only a little sanding to finalize the product. Some of the television shows would lead you to that conclusion.

Of course anyone who has spent any amount of dime doing woodworking knows that both have their place. One is free to pursue either exclusive route and do it to perfection. But the most common approach is to use the best available features of each approach to its best advantage.

The hand plane, specifically the block plane, is one of those tools that I think every power tool woodworker should have on hand. This piece explains why.

Project: I’ve been tasked to build a camera display case. It will have adjustable shelves. The customer wants the “wood” look but without the edge of plywood showing. There are two ways to do this: The end may be covered with either a veneer or with a hardwood strip. Each has its advantage. For my prototype of the work I chose the hardwood strip. I cut them to 3/4″ and glued them to the wall sections. But the plywood is slightly thinner than 3/4″. That means I had to make them match. Enter the block plane. Mine is a Record 060 1/2. It’s a nice little tool. 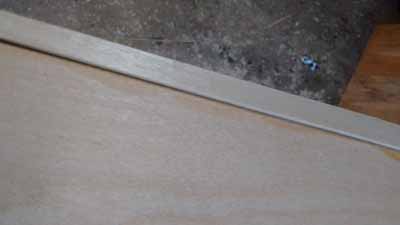 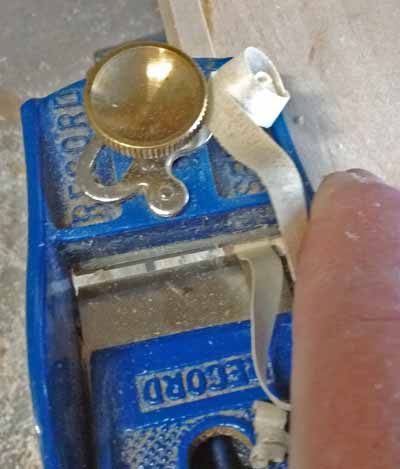 I glued the strips to the plywood so that only one side would need to be planed off. If I had a drum sander I would be able to get it really, really close. But too close and I would affect the plywood’s own veneer. (You can see that I made that mistake on the prototype in the next pic.) I didn’t want to do that — even on the prototype. Too far away and I maintain an overlap. That is also not acceptable. They need to be flush.

So I clamp down the board and take the plane, with the iron edge riding toward the plywood veneer. This keeps me from planing off a bit of the veneer. Additionally the plane is set to take off very little wood. That means multiple passes until it reaches flush, But it happens.

And you can save all those nice little curls. They make good kindling when you go camping or burn some of your scrap to make s’mores in your back yard this summer. (I throw away very little wood.) 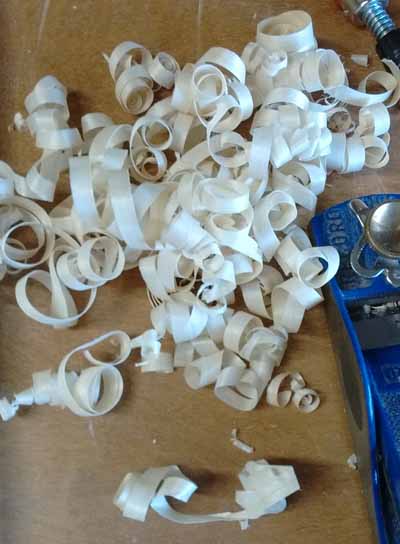