This week’s woodworking project: Canning shelves.
2×4 (inexpensive white lumber) posts were first cut square. Then the width was face-jointed, followed by adding a shaped corner with the router.
The dados allowed a shelf to be held up without the need for extra supports.
The long shelves went fully between both posts for maximum support. Screws were also put through the posts into the shelves to maintain the structure.
The shorter shelves were cut with tongues to go into the slots on the inside but also with the full center extension on the outside, open end.
The short shelves, because they could not be end-screwed into place, were attached with pocket screws on the inside portion.
For those dados which extended beyond the depth of the upper shelves I too some of the extra cut-off pieces and trimmed a filler for each.
The moral of the story: Just because it’s “utility” doesn’t mean (a) that it should be let go like something you’d see in a trailer part or (b) that even basic materials can’t be made to look good. 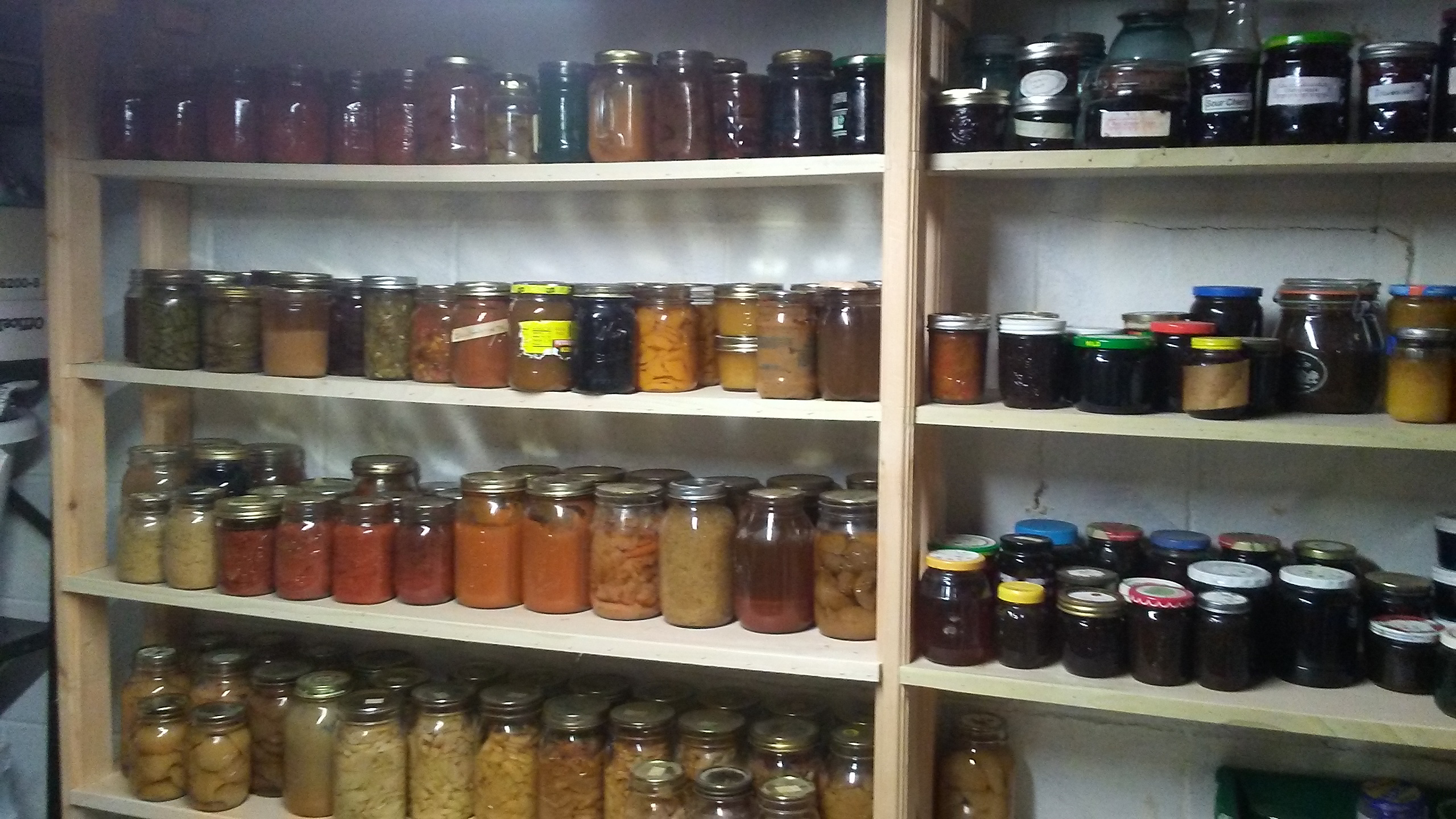 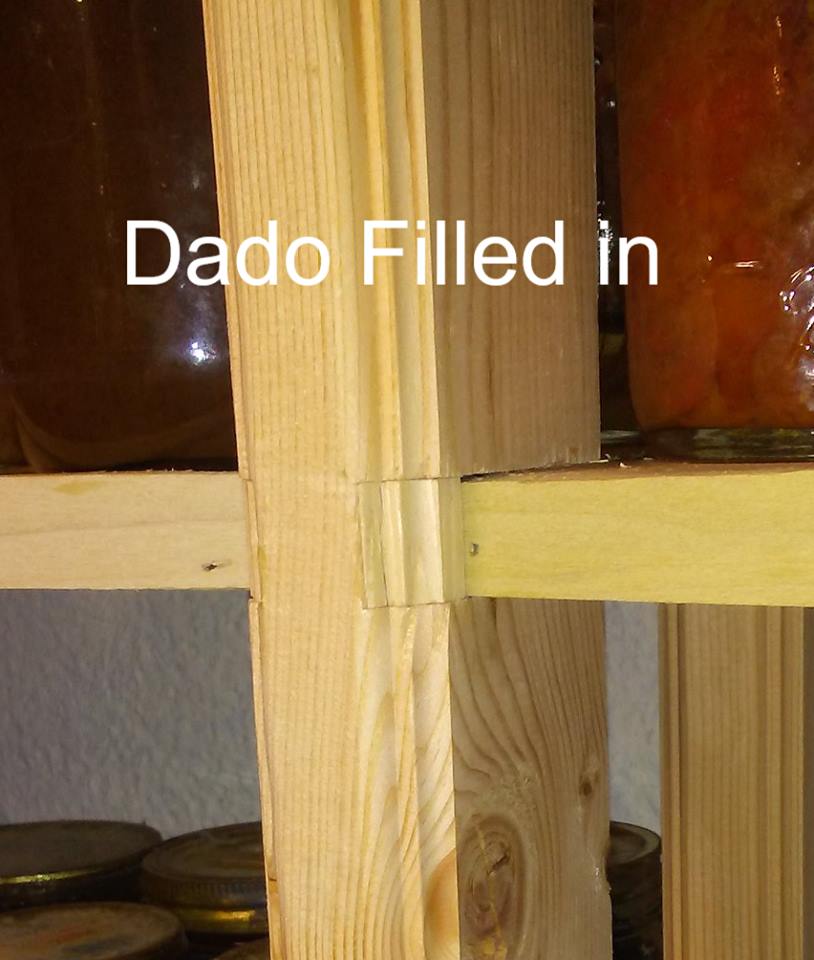